3 Lessons about teamwork from the Kansas City Royals 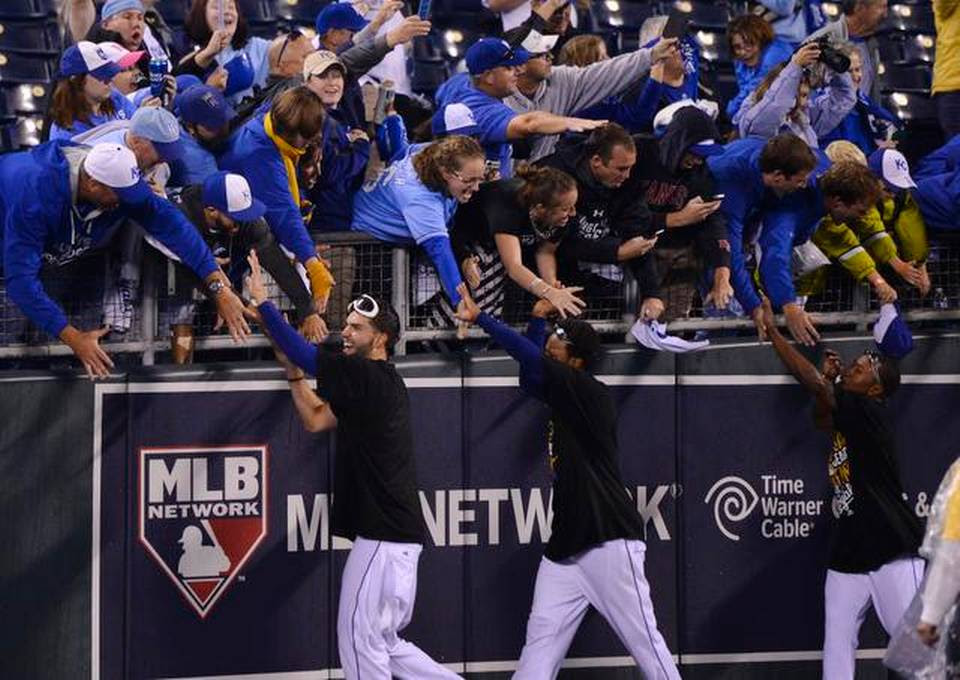 The Royals baseball team has invigorated Kansas City! After last night’s victory that takes the team to the pennant race, players were celebrating downtown with their fans. Tweet of gratitude were sent by players, along with the invitation to celebrate at an Irish pub downtown. The players thanked the city and were happy to win for the city.


I went to one home game this season, and it was on September 17, 2014, near the end of the season. The Royals beat the White Sox during that game, but the crowd stood out to me. I can’t judge good technique of a ballplayer, but I can tell when the crowd is electrified. It was different than any game I had been to in KC for the past ten years. I lived in Chicago and went to Cubs games prior to moving back here ten years ago. The KC fans were like the Cubs fans: in love with their team.
What makes this team so special? Why did fans across the city fall in love with this team? Why is this team selling Royals gear to fans across the whole country?


So far, I think it comes down to three things:


The Royals are doing what many other successful teams have done: they put the team first, trust each other, and create the opportunity to win. Workplace teams can do those things too. It is time to Be Royal!
Posted by Kelly Tyler Byrnes at 12:35 PM No comments: