...your effort is contingent upon the prize.

During a talk with a group of twenty-somethings recently, I provided a brief small group competition. It was a 20-minute exercise and they were informed it was a competition. They were not informed in advance of the prize to be awarded the winning small group.

At the conclusion of the exercise and the announcement of the winning team, the whole room wanted to know their prize. What if the prize was a raise, I asked the room. Wow! You could hear the uproar from blocks around! Exclamations of "That's not fair!" were hollered by several in the room. One person even said she would tell on me to the CEO!

Separate from the young tattle-tale needing to learn communication, emotional intelligence, and general people skills, what stands out to you?

A few things stood out to me:
First, I'm quite certain they all expected to get a prize or they expected the winners' prize not to be too great. People in this age group are used to getting trophies just for showing up once in a while. They are not used to standing out when they do something extra. In fact, they are not used to having to do anything extra and seem to resent being asked to do so.

Second, and what I spoke with them about at the time, their effort on the team project was dependent upon the prize. When they found out the prize could be something more than a cheery smile, many commented that they would have tried harder had they known. The effort of many was contingent on the prize rather than on their own pride in their work.

I find that sad.

At such an early stage of their careers, they already do not give their all to each task. I wonder if they ever had pride in their performance or if they just never had to?

For the record, most of the young people in the room tried hard, worked together, and wanted to win no matter what. About a third of the group, the loudest of course, were the slackers. I am glad most of the group gets it and I hope they don't let the loud slackers ruin their attitudes and expectations of themselves.

Posted by Kelly Tyler Byrnes at 10:11 PM No comments:

Think of all the teams, formal and informal, you are on at work: project teams, client teams, strategic teams. You also are on teams at home as the leader of a family, or sibling, or son or daughter. You are on teams in your church, neighborhood, kids's school, nonprofits you support, and with friends. Some of you are on athletic teams--professional or not.

Our commitment to the teams we are on is not a one-time promise. It is impacted all the time and must be renewed frequently. Team leaders in any field who expect a version of Kumbaya at the start of a project or season will form and keep player commitment will cause their teams to lose.

Work teams lose when projects take too long or cost too much. They might get finished, but the lack of commitment is costly and lack of trust will impact future projects too. I was on a project for a nonprofit training event several years ago. The leadership of the team was so bad (wasteful of our time by lack of preparation), the team has never heard from him again. Another team I was on was run by a leader whose ego was bigger than everyone else, and the only things that were completed were what she micromanaged and instructed. She personally caused the finances and membership of the group to decrease, plus, she missed out on so many great ideas. You have been on similar teams, right?

As a team player, it is important to assess your commitment to your teams. When you are not All-In, assess your behavior and reasons. It is okay if the team changes its Mission for you to change your commitment; however, it is not acceptable to sabotage the team overtly or with poor performance. 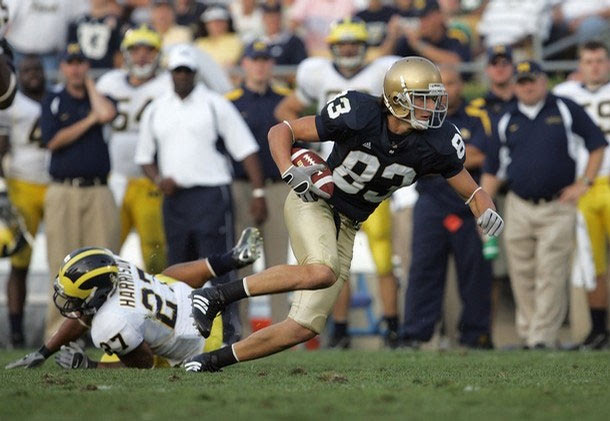 Players often make self-centered decisions when they have not bought in to the culture, leadership, or goals. If you are a teammate over the age of twelve, it is unacceptable to behave in a selfish manner. You are taught by that age to put the team first.

When players put themselves first, they reflect their own character and how they feel about their teammates and leaders. Good leaders know team commitment can be fleeting and must be renewed frequently. Slogans like "There is no "I" in TEAM!" don't work when hollered once. There may be no "I" in team, but there is "ME". Experienced, talented leaders pay attention to player commitment and build it often, even when a player makes a mistake and puts himself first. It takes more than punishment or discipline to earn a player's commitment.

As a player and leader, pay attention to commitment all the time. Paying attention to it once is not going to lead to success in any field.


Posted by Kelly Tyler Byrnes at 8:28 AM No comments:

Thoughts on the first day of school

My best friend from college spent last weekend taking her eldest daughter across the country to college for her Freshman year. My dear friend's experience and feelings about the transition for her and her daughter prompted me to ponder how my students feel this week.

As an  adjunct professor of Management at the University of Missouri-KC School of Management, I begin teaching an undergrad management course today. The MBA course I will teach this semester begins in October.

In thinking about the students and their futures, I will honor the following priorities and promises:

That's all I can think of without getting too sappy about life. I know this semester is an important foundation for my students' careers, and I will serve them well.

Posted by Kelly Tyler Byrnes at 9:35 AM No comments:

For all the entrepreneurs out there...those who are starting businesses, re-starting, or preparing to start...those thinking about starting some day...


Best wishes to all as you continue pursue your dreams All-In!
Posted by Kelly Tyler Byrnes at 5:44 PM No comments:

The triple threat of human spirit: Will Still Thrill

When you combine WILL power with the STILL power of self-awareness and self-acceptance with the THRILL power of inspiration, you are living All-In. (SOURCE: Ian Lawton at www.SoulSeeds.com)

Of the three, which do you need to enhance most:
Whatever your answer, I hope you commit to it and continue to live and lead All-In and inspire others to do the same.

Posted by Kelly Tyler Byrnes at 10:48 AM No comments:

The slim margin between victory and defeat

Have you noticed how close the competitors' scores are during the Olympics? First and second place in the Men's 200 Meter Dash were separated by .32 of a second. The fourth place runner missed a medal by .01 in that same race. There are similar examples in other races and sports. The American lady gymnasts won Gold by the biggest margin in more than 50 years: five points. There were headlines about the Russians falling apart, making countless errors, and leaving in tears. Only five points separated the second-place tears of sorrow from the first-place tears of joy.

Life outside of the Olympics can be like that too.

When competitors have the same basic skills, the victory often goes to the one with the better attitude, stronger character, or greater perseverance. Little things we do separate winners from losers. All-In people are aware of the little things that matter. All-In people give the little extra that takes them from ordinary to extraordinary.

Do you know what that means in your current position? If not, find out before your competitors do.


Posted by Kelly Tyler Byrnes at 4:02 PM No comments: