A Perspective on Greatness

What does greatness mean to you? Would greatness mean you are at the top of your field, earning a top income, associating with world renowned people? Have you given much thought to what it would mean to be great? If you have not pondered that in a while, give it a minute right now.


Eleven year old Liang Yaoyi gave it much thought. "There are many people doing great things in the world," Liang Yaoyi said, according to China Daily. "They are great, and I want to be a great kid too."


To Liang, being great meant donating his organs upon his death.


Prior to his death in June of a brain tumor, Liang told his mother he wanted to donate his organs so someone else could live. It was a chance for him to be alive in a different way.

Liang’s selfless act was so great that the bow has garnered the attention of media outlets around the globe. Now, a child who lived only eleven years will impact the world in a greater way than he imagined.
There are many ways to be great, and anyone can be great if they want to be. Most people don’t ponder it much. Most people are wrapped up in the mundaneness of daily life and we miss opportunities for greatness.

This week, slow down and seek those opportunities. They are all around. There are many people doing great things. Do you want to be one?
Posted by Kelly Tyler Byrnes at 11:54 AM No comments:

Dog poo in the living room 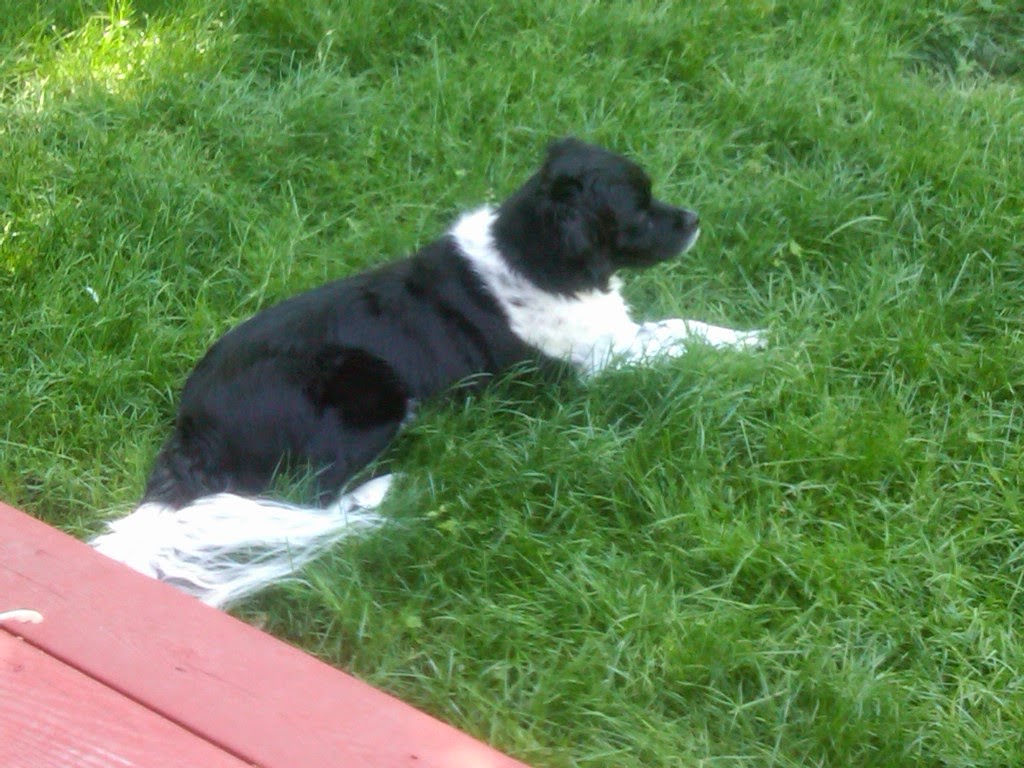 Every morning at about 6:00, I get the pleasure of taking Miles, the greatest dog in the world out for his “morning constitution.”


As you might expect, there is a routine involved and it is rarely altered. Miles and I go out the front door, down the front walk, around to the back of the house, along the woods, then into the high field where business is done. Miles leaves “pee mail” at various trees and bushes along the way to keep in touch with the other pups and small animals in the area who have a similar routine.
Yesterday began like any other day. Miles led the way out the front door, down the walk, around to the back, along the woods, but then he froze. He would not go into the field with the high grass. He just looked at me with an expression saying, “I’m not going in there.” Then he turned and walked back to the house the same way we always return. 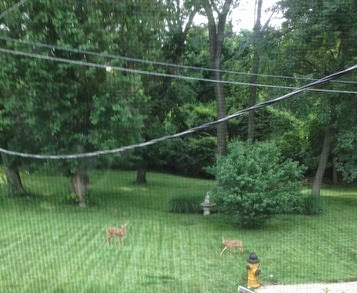 I knew what threw Miles off his morning routine: deer. A mother deer and her two little ones have been living in the woods behind the house, and they have come out to our yard and into the field back there. Miles had seen them from the deck, so his senses were on high alert.
Miles was calm when we returned to the house. It was 6:30 on Sunday morning, so I went back to bed. About fifteen minutes later, Miles was running through the house. He scampered through each room, up and down the hallway, and all around. Of course, I got up to check on him, but nothing was amiss. He didn’t whimper, there was no thunder, and no one was knocking on the door. I returned to bed for about an hour.

When I got out of bed to start the day, Miles didn’t greet me like he usually does. I knew something was amiss now. When I reached the living room, I could smell something amiss, then I saw the mess. Luckily, the mess was not big and it was easy to clean up. A quick cleaning and the rug was like new. But, Miles felt terrible. He had a guilty look on his face and he clearly felt bad for his unusual behavior.

My husband, Bob, and I spent several minutes reassuring Miles that he was a good boy. We knew he did not need punishment because he had never done this before. He was punishing himself enough. He needed empathy from us. We were happy to offer it. His demeanor returned to normal later in the day, and all was well.


Until this morning.
I awoke around 6:00am to take Miles outside. We followed our traditional routine: out the front door, down the walk, around to the back, along the woods, over to the field. Just like yesterday, Miles stopped. He would not enter the field. I even tried to nudge him in there to take care of business, but he would not go. We had been out for a while, and I had to get ready for work, so we returned back to the house.

But, today, I did not assume Miles was fine. After all, he still had not handled his morning business. Bob took Miles out for a walk in a different area, which is part of their morning routine, and business was handled. When I left for work, the rug was fine. Oh, Miles and Bob were fine too.


What strikes me about the living room poo experience is how routines get altered. Although Miles and I have the same routine each day, we have different experiences in that routine. He was afraid of the deer, I was not. I assumed he would feel the same way I did, and I dismissed his feelings. My assumption contributed to the poo on the rug.
Doesn’t the same thing happen at work? Of course, there’s no poo on the rug here, but there are consequences when we assume things about each other or overlook other’s experiences. Do you ever assume people think the same way you think or feel the same way you do about the same experience? We take each other for granted, then mistakes happen or time-consuming C.Y.A. takes over communication.


One other thought to ponder was the forgiveness for the error. Miles does not poo in the living room all the time, so we did not need to punish him or instill new rules. We needed to learn from the mistake and set him up for success next time. How good are people at doing that for colleagues? Or, are we better at blaming them and holding a grudge?
Pay attention to routines, what alters them, and how others feel about them. And, forgive people when altered routines cause errors. Keep your senses on high alert so you can set people up for success, and you won’t miss the signals that poo is on the way.
Posted by Kelly Tyler Byrnes at 11:16 AM No comments:

You can be patient or become one

​Raise your hand if you have been advised to develop more patience. [picturing all hands up]


Raise your hand if you heeded the advice. [picturing fewer hands up]
I was advised to do the same earlier in my career, and I recall thinking patient people were just slow, out of touch, and wishy-washy. Why couldn’t they just make a decision, I bemoaned. One of my mottos to this day is, “Let’s go!” which is not really the motto of patient people.


It has taken me a while, but it turns out, those advising of patience knew what they were talking about. I finally have developed patience and have observed five things about it that are worth sharing:
The next time you get impatient with someone, reflect on the bigger picture, potential solutions, your relationship, opportunities, and your contribution to the situation. Your reflection will allow you to see your maturity as a leader and your impact on others. Patience is not about waiting a long time; it is about how one behaves while waiting.


What else have you noticed about patience?
Posted by Kelly Tyler Byrnes at 12:36 PM No comments:

A chauffeur-driven Town Car sped by me on the way to work today. I wondered who was being driven, where they were going, what filled their day’s agenda, and what their lives were like. I also wondered about the driver: who was he, what was on his day’s agenda, what his life was like. The person who directed where the car goes is in the back, but the person who knows the route to get to the desired destination is driving in the front.

Which of those two jobs is harder?


On most days, it is probably more difficult to be the driver, right? The drive has to:
The passenger who gives the final location has to:
So, it looks like the driver has the harder job. But, what does it take to know where the car should end up? There’s more behind the scenes for the passenger than randomly picking a location, right? When you think about it, who is driving whom?


Obviously, both roles are important and both people only succeed when they work together. The driver has nothing to do if no one wants to go somewhere. The passenger has no way to get where they want to go if there is no driver. One is not more important than the other. They are just different. They need to respectfully rely on each other.


What about those solo trips? Sometimes we travel alone and have to know the destination and how to reach it. If we don’t set our own destination and route, we end up following others or roaming aimlessly, which makes accomplishment and any sense of success unlikely.


Whether you are the driver or the passenger, support everyone who’s along for the trip. The mutual support makes the journey more enjoyable and the destination more meaningful.
Posted by Kelly Tyler Byrnes at 4:37 PM No comments: